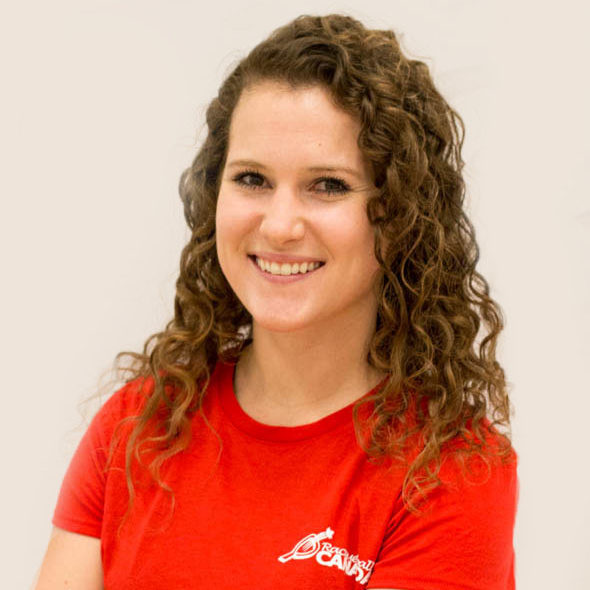 Christine Richardson represented Canada for the first time as an elite athlete at the 2012 Pan Am Championships where she won bronze in doubles with partner Jennifer Saunders. Since then she has competed at seven international events including the 2015 Pan Am Games where she was a member of the Women’s Team that won Bronze. Richardson’s top international result in singles was at the 2014 IRF World Championships where she advanced to the round of eight in singles. Richardson also had great success as a junior player and represented Canada at six consecutive junior world championships. In 2005 she won the U14 world championship title in the singles event. Richardson has also finished on the podium at the national level consistently since 2010. She and her doubles partner, Michèle Morissette are the defending Canadian Women’s Open Double Championships having won back to back titles in 2016 and 2017.

How did you get started playing the sport of Racquetball?

My dad was the one who introduced me into Racquetball. He first taught my brother who is 3 years older how to play. Of course I had to be like my brother so I begged my dad to teach me. Once my hand was finally big enough to hold the racquet, he taught me the rules and played with me at the age of 6 years old. I have been playing ever since and have no plans to stop any time soon 🙂

What is the reason you play – what do you love about the sport?

I enjoy racquetball because I am able to ‘get away’ from everything else. It is something that I can enjoy as not that many people play the sport. It is time away from everything where I can practice something I am good at.

I also enjoy playing because I am able to play and meet people in different places across the country as well as the world. I have to thank racquetball for the opportunity, as I know it is because of the sport I have seen some awesome places and met great people.

What are your training habits?

Plugging my headphones in and getting down to business. I have a variety of different aerobic/anaerobic, strength, on court, off court, etc. workouts that I mix and match together. I think variety is very important when it comes to training to avoid fatigue, burning out, or having your muscles get use to the workouts. Changing it up is what I like to do and I believe it is important to a training program.

What is your best racquetball moment or memory?

At a senior level it would be representing Canada at my first international event – the 2012 Pan American Championships in Chile. I was so nervous that first game, but the first two serves I hit couldn’t have been better. I got an ace the first one and a skip the next. My serve was on point all game and it felt like a huge weight was lifted off my shoulders.

Many moons ago, but at a junior level it would be winning at the 2005 Junior World Championships in Juarez. It showed the the round robin doesn’t make or break the tournament. I lost 3/4 of my games but once it came to the single elimination, I played solid and won the tournament! The big take away I tell junior athletes is to not give up!

I am a deal finder. No matter what the objective is, I must find the best deal. I take pride knowing that I got the best deal no matter how small the deal really is.

When you are not playing racquetball you are probably:

Being active. During the summer months I love being outside biking. During the winter months I trying to head out west and snowboard. It is something I have picked up the past few years and I absolutely love it.

What is something that people might not know about you or find surprising?

I rarely get hungry . . . but I love food way too much. I enjoy cooking and it would be one of my dream jobs.

What advise do you have for athletes who want to play at your level?

Stay committed and work for what you want. Sometimes it is hard to balance work, school, friends, family, and sport but it is worth it. It is nice knowing that I am good at something that others may not be. Racquetball has opened a variety of doors for me which I am very grateful for.

Who has been important in your development as a racquetball player and how were they important?

My Dad, Ross Richardson 🙂 He got me started in the sport and he is the one who keeps me going. We push each other because he wants me to be at the top of my game and I push him to stay in shape! We both are competitive and stubborn so we definitely do not want to lose to each other. It forces us to try even harder! Sometimes the father/daughter relationship gets blurred in with the coach/athlete relationship but at the end of the day, he is looking out for me.