Exciting Changes Coming to the Game of Racquetball 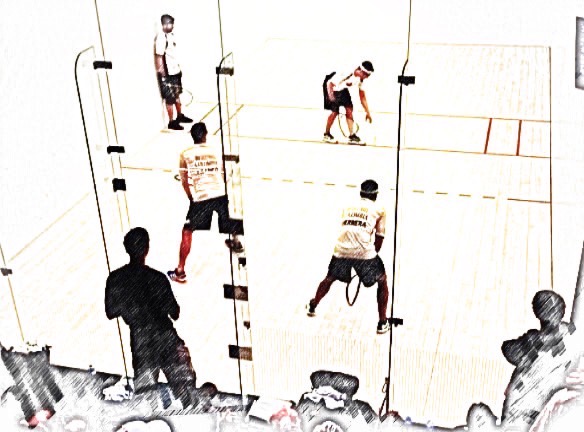 There are exciting changes being made to the sport of Racquetball in Canada following the recent announcements made by the International Racquetball Federation (IRF).

The IRF recently announced a move to a rally score system to make the sport more spectator friendly and exciting for athletes. They also announced changes to the format for international competition and rule changes that support the new scoring system. The goal is to improve the sport for all those involved, and to advance Racquetball in the Olympic chain of events.

Since Racquetball Canada has recently adopted the IRF rules, these changes will be implemented in Canada. They fall in line with findings of the Competition Review recently conducted nationally and will improve player’s competitive experience at national events including the upcoming National Championships.

Jen Saunders, Racquetball Canada’s High Performance Director said, “I’m excited to see our sport be pro-active in adopting these changes. Essentially, it’s a change in how we keep score – the rules of the game are not really changing.”

“The ultimate goal of the IRF is inclusion in the Olympics,” added Saunders. “But I also appreciate how this allows our sport to grow in other ways. There will also be many positive impacts on our game at home including the ability to add more matches to tournament play.”

“These changes are a step in the right direction to be recognized as an Olympic sport,” said Christine Keay who is the Athlete Representative on the Racquetball Canada Board of Directors. “We have the World Championships and Pan American Games, but any chance to get racquetball a step closer to being considered for the Olympics is exciting! The Team Events are especially fun for athletes as they bring the whole team together and Mixed Doubles is another opportunity to compete at an elite level.”

The significant changes include:

There are other minor rule changes mostly related to officiating and player safety.

The IRF also made changes to the competition format which will make competition more inclusive and provide better opportunities for athlete development. These include:

For Canadian racquetball this means:

Click here for a “Cheat Sheet” that compares to IRF rules to rules previously used by Racquetball Canada.

Click here to read the communiqué from the International Racquetball Federation.

Click here for the Official IRF Rule Book with all the new changes.